Eating with our Eyes

We eat with our eyes. We pile food on to the plate with an expectation of what our brains consider to be enough to be satiated. Our stomachs have different ideas. As we eat, the stomach wall becomes stretched and within twenty minutes sends a message to the brain to stop eating. This is that ‘”’m full” feeling. Twenty minutes is enough time, though, to have eaten a generous portion of food—or two.  So, we eat more than our stomachs can handle.

Recent research has shown that if the food on our plates is of the same color as the plate, we will eat more than if there are different colored foods on the plate.
You will eat more plain pasta from a white plate than pasta and tomato sauce on a white plate. The more contrast between the plate and food, the less you eat!  We don’t know why.

If you eat from a smaller plate, you will eat less. The larger the plate, the more food you will pile onto it, and leaving food behind on the plate is a difficult maneuver for many complex societal reasons.
The size of the plate having an influence seems reasonable enough. 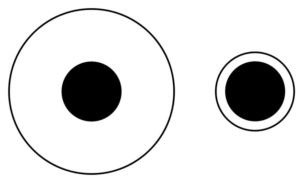 These recent studies are extension of the Delboeuf illusion discovered by the late 19th century philosopher of the same name. He showed that our brains get fooled with respect to the sizes of plates placed in different diameter circles. We fall for the illusion that a small plate in a small circle is larger than a large plate in a smaller circle. The two black circles below are the same size!

What is most interesting is that even though the research subjects were told of the illusion they still persisted in putting more food on their plates when having larger plates! We can fool our brains, but only up to a point.
Being aware of how our brains work helps us understand how we interact with food and how, with a bit of resolve, we can master it.
Morad Tavallali, M.D., FACS 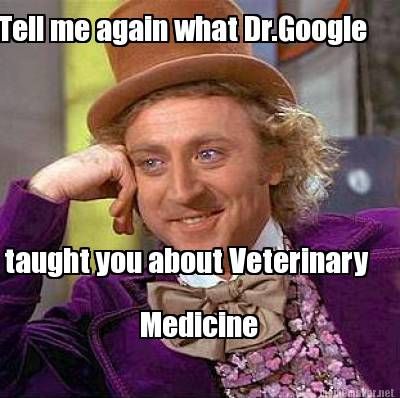