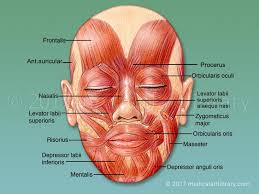 Why Do I Have a Droopy Eyelid after Botox Injection?

There is a 3% risk of droopy eyelids after a Botox injection into the forehead area. How can a simple procedure that is supposed to elevate the forehead, remove wrinkles and give you a “lift” turn out to cause more problems than expected? Well, it’s all to do with our individual forehead anatomy.

Anatomy of the forehead

There are two types of muscles in the forehead area:

The main brow and forehead elevator is the Frontalis muscle. The action of this muscle is to elevate the eyebrows. As it does so, it contracts and can cause skin folds of the forehead, which are commonly known as “worry lines.” Its lowermost portion is about one fingerbreadth above the eyebrows.

There are three main brow depressors. These are the muscles whose function is to bring down the eyebrows.

There are two main types of eyelid muscles:

Muscles always work in pairs, a depressor muscle being balanced by an elevator muscle. The fact that one group may be a little stronger and have more effect leads to facial lines being more noticeable. If the muscles were in perfect balance, there would be no lines!

The effect of Botox is to selectively stop the function of the muscle it is injected into. The balance of forces is thus affected, and the opposing muscle’s action becomes more prominent as it is now unopposed. For example, say you injected Botox into the corrugator muscles between the eyebrows. Normally, these muscles pull the middle of the eyebrows in. After Botox, it is knocked out so that the opposing forehead elevator, the Frontalis muscle, pulls the forehead up!

Lots more on this topic in the next post. Raise your brows and stay alert!