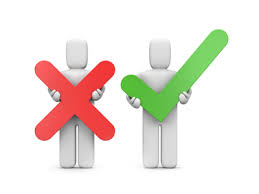 Why Do Surgeons Have Differences of Opinion?

This is the continuation of the last post about differences in medical opinions and techniques.

Why Do Surgeons Have Differences of Opinion? Different plastic surgeons train in different areas of the country, different countries and even within the same city but with different professors who each use different techniques. For example, let’s take a look at rhinoplasty (nose surgery) as an example. There is a New York (northeastern US) way of performing a rhinoplasty called a closed rhinoplasty, and a Texas (southwestern US) method called an open rhinoplasty. The New York method takes about 30 minutes and the Texan method about 1.5 hours. The scars are different, the philosophy is different and the proponents of each method would have you believe that their method is best and deride the other method as respectively cavalier or superfluous (I perform both techniques since I trained in both areas!).  In truth, neither of these two particular techniques is better than the other. Differences in training exist in all branches of medicine. Experts will propose different methods because of their training.

Experience of the surgeon

With time and practice, irrespective of their training, different cosmetic plastic surgeons will develop their own techniques based on their experiences with similar patients over the years.  I have changed my techniques significantly over the past 30 years. I may perform a number of surgeries using a particular technique but then learn a new one and that I consider to be a better technique. Fewer complications after a surgery and less pain after a particular technique leading to a better result is all that is needed to make a change for an experienced surgeon. Another surgeon may not have seen the new technique and may stick with the old one. For example, I perform all my breast lifts using small scar or lollipop incisions instead of the longer scars placed under the breast with another technique. I think it gives a better result. 85% of US surgeons still use the older technique for breast lifts, mainly because they have not learned the new one! Over the last ten years I have begun performing a drain-less tummy tuck for the same reason- Less pain, less hassle for the patient and better result.

Experience will also affect decision-making in other ways. In the early days of my cosmetic surgical practice, I had a large number of Asian patients who came to me for rhinoplasties, or nose surgeries. I operated on one patient who was happy with her results, and she told a friend, who told a friend… In a short time, I had performed hundreds of rhinoplasties on Asian patients with cartilage grafts instead of the usual silicone implants. I became an expert in the procedure and always recommend a natural rhinoplasty instead of the silicone method because I am comfortable with and adept at performing it. Others may use silicone implants because they do not have the experience of many surgeries.

If you have a heart ailment and see a cardiologist, you will be treated differently than if you saw a heart surgeon. In the same way, cosmetic plastic surgeons develop their own philosophies of surgical treatment based on personal biases and plastic surgical practice. For example, if you have a facelift performed by a plastic surgeon, because of their training in plastic surgery, a different approach will be taken and different details will be paid attention to than if you had the same surgery performed by an ENT (an ear, nose and throat specialist). Also, personal bias will push the surgeon to recommend a particular procedure over another. For example, I do not perform cheek implants because I think the procedure is not worth it due to the high rate of complications—in my experience. So, I will encourage the patient who wishes to have higher cheeks to have fat injections or injections with other dermal fillers and not an implant. Other plastic surgeons will still perform cheek implants.

Given the myriad of different techniques and treatments possible, it is no wonder that confusion reigns over many surgical procedures. Obviously, not all decisions are that difficult or complicated. If you have  appendicitis, the appendix must be removed—few would argue with that. For many other medical and surgical decisions, though, the situation is based on the surgeon’s training, experience and philosophy of practicing and performing his or her art. Remember: after all, your cosmetic plastic surgeon is trying to get the best possible results for you.