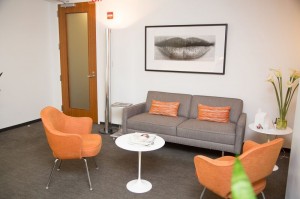 Read the below that was written in 2010- then see the end of the article for has happened since….

The American Society of Plastic Surgeons held its annual meeting in Washington, D.C., in 2010. Over 4,000 plastic surgeons from around the world attended this meeting, bringing ideas and techniques from all over the world—some superb, some pathetic!

Here I will give you a synopsis of the latest techniques in plastic surgery as of 2010 and what I learned at the meeting; techniques are classified as having unknown efficacy or are rejected or accepted as being beneficial or not beneficial for patients. This was based on the vote  of the  overwhelming majority of participants at the conference .

This technique, where energy is transferred to the skin for tightening instead of a facelift, was overwhelmingly rejected. There are hundreds of these machines on sale in the secondhand market from surgeons who bought, tried and were unhappy with their results nearly as much as their patients.

Lifts or any variation of facelift by percutaneous sutures was rejected. The companies promoting these types of surgeries are essentially marketing companies headed by non-plastic-surgeons and are trying to dupe patients into having their procedures with misleading photos (most of the patients have had other procedures also). Some studies show that almost 80% of patients are dissatisfied with their results—typically, results that last for only a year. The companies are also aggressively pursuing surgeons who speak against their “procedures” in a legal manner. Beware of these techniques!

Fat grafting to the face and buttocks was accepted.

Fat grafting to the breast has been determined to be of unknown efficacy. Fat grafting to the breast became fashionable a few years ago after years of it being a medical taboo. The fat injected into the breast calcifies and was often mistaken for breast cancer on mammograms. Over the years, mammography techniques have improved, and radiologists can decipher between the calcifications due to fat necrosis and true cancer of the breast. Plastic surgeons became emboldened and began injecting fat into the breast to achieve breast enlargement, usually of just one cup size at most; this created the need for suction cups on the breast for at least 8 hours a day, etc. At the latest meeting, however, the technique has become very controversial, given that some animal studies showed an increase in cancer of the breast when injected with fat. I’m going to wait on this one.

This technique, where chemicals are injected into the skin to destroy fat cells and hence remove fat, has been determined to be of unknown efficacy. This is the technique that refuses to die. Popular a few years ago, with numerous spas advertising the miracle fat-dissolving injections, the technique was taken off the market after numerous complaints from unsatisfied patients who had paid thousands of dollars for a technique that did not work. The researchers have gone “back to the drawing board” to see if they can come up with a better technique. I’m going to wait on this one, too.

This technique was accepted. I have been using Sculptra for several years, with excellent results, for filling the face and increasing facial volume. Probably the greatest mistake I have made is not injecting enough of the material! Since its approval for cosmetic use, this material has come into its own.

This technique has been determined to be of unknown efficacy. Studies are underway to determine the side effects of this new permanent material for facial line injections. The small particles of polymethyl methacralate will stay in the body, where they are injected, forever. But the body keeps on moving, so the surgeon has to be careful as to where and how it is injected.

These liposuction techniques have been rejected, being more of a gimmick than anything else. Overwhelmingly, surgeons at the conference voted for viewing the results of laser liposuction as being no different than any other type of liposuction. These techniques are the result of more marketing being used by companies to sell the public on unnecessary techniques and technologies for their profit.

2020- We still do fat grafting- a lot of it- and Some people still use Sculptra.