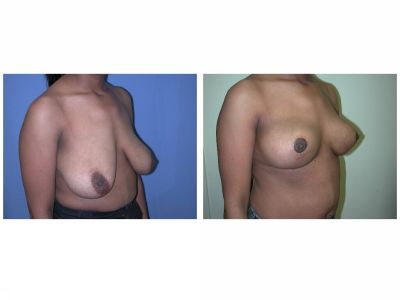 The “Plastic” in Plastic Surgery

The other day a patient told me she wanted to have a cosmetic plastic surgery procedure but did not want to have any plastic put into her. At first I misunderstood and thought she was talking about not wanting any type of implant placed in her. After all, plastic surgeons commonly use silicone or saline implants in their cosmetic surgery procedures. But that wasn’t it. She had mistaken The “Plastic” in Plastic Surgery, but that is not really what plastic surgery is all about.

I am often asked when plastic surgery began and why it is called “plastic.” The term originated at some undetermined time during the Renaissance. Plastic originates from the Greek “plastike,” which means to mold. The usual plastics we are familiar with take their name from the same word, as the technical innovation was that plastics could be poured into molds for mass production. The plastic surgeon, however, molds or twists and turns, flattens and folds, pulls and pushes tissues around to “mold” it into a desired shape. That is where the plastic comes in.

The earliest surviving texts related to the medical specialty known today as plastic surgery date back to around 800 B.C., when Indian texts written by a man named Sushruta mention techniques for the reconstruction of noses. In ancient times and well into the 18th century, adulterous wives and conquered enemies were marked by having their noses cut off. There was apparently a large population in need for nasal reconstruction by molding the forehead skin; this was the first known plastic surgery.

The Romans continued with this practice and with the resultant plastic surgery. Plastic surgery faded away in the dark ages, and it was not until the Renaissance and Gaspar Tagliacozzi, an Italian surgeon who began using other body parts to reconstruct areas damaged by violence, that it began to be revived.

The birth of modern plastic surgery

Although a myriad of practitioners dabbled in plastic surgery procedures for centuries, it was not until after the First World War that the specialty of plastic surgery first started to take shape. Sir Harold Gillies in the UK began with reconstructions of injured war veterans, and by the Second World War the specialty had become established as a reconstructive specialty for all the parts of surgery other surgeons did not want to do! These included reconstructions due to injuries caused by trauma or cancer, hand surgery, burn surgery, cleft lip and palate surgery and other cranio-facial procedures and finally cosmetic surgery.

Although women have probably always had procedures done to improve their bodies and faces, the surgical aspect of cosmetic enhancements started only in the late 19th and early 20th century, as best as can be determined. For example, in 1890 the first rhinoplasty (nose surgery) was performed for cosmetic purposes. In 1911, a certain Madame Noel is credited with the first facelift surgery—she was an aesthetician, not a surgeon!  The first tummy tuck was also performed around that time for a woman with loose skin in her stomach after childbirth.