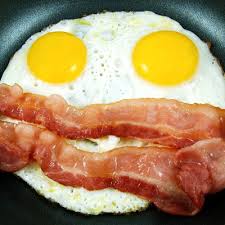 Saturated Fat is not bad?

It turns out saturated Fat is not bad for you

Some time in the 1980s was the first time I personally became aware of the touted “fact” that saturated fat was bad for humans and the cause of numerous evils that shortened our lives by causing plaques to build up in our arteries and having them harden. This in turn would lead to heart disease, heart attacks and strokes.

What is saturated fat

Common sources of saturated fat include, meat, dairy products, and some types of plant oils such as coconut oil, chocolate, and palm oil.

In the 1950s, Dr. Ancel Keys, a nutritionist at the Univ. of Minnesota  decided that saturated fats lead to an increase in cholesterol and hence heart attacks.

Keys then set out to prove his theories by choosing to study diets in countries where saturated fat ( meat) consumption was low and where incidence of heart disease was also low. he chose countries such as Yugoslavia, Italy and Finland but did not look at countries such as France where the population eats a great deal of saturated fat in the form of meats and chees and …also have low rates of heart disease!!

Most of the study conclusions were actually based  on studies of just a few dozen men in Crete form an original 655 – a scientifically unrepresentative number- in a small Mediterranean island. These men were not eating much meat or cheese and had low levels of heart disease- the Mediterranean diet was born…BUT

The study was done after World war 2 , when the island was having major food shortages (the men were staving), during the month of Lent ( when the men where not eating the little meat and cheese they had anyway!) – Unreliable results.

This study and the fact that Dr. Keyes became a “big Cheese” in the American Heart Association and its push for better heart health, led to more studies being done to support Dr. Keyes. All the studies were flawed and gave unreliable results. It was not till 2002 that someone figured out that Keys’s original research was flawed and everyone had been going down the wrong path.

Finally in 2012 a huge study  of many other studies in the American Journal of Clinical nutrition showed that there was no relationship between heart disease and saturated fat.

Saturated fat is associated with

Saturated Fat is not associated with

I have again started to eat butter with my bread and jam in the morning having deprived myself for years.

I will continue to eat lean meats and stay away from fat laden cuts ( which I never liked anyway) other than Kobe beef for which I shall make an expensive exception.

I will not take any of the research too seriously since, as usual in many aspects of medicine, no one really knows what is going on.

There is a new villain in town. this time it is SUGAR. That will rot your brain and stomach and make you worse than a meth addict they say. I will have to do some research for you on this topic.