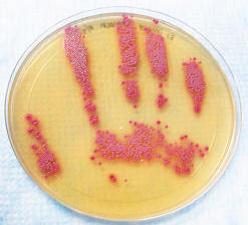 What are infections and what can we do about them?

Admit it. You’ve been there. Once you are finished, you go to wash your hands. Do you turn on the faucet, which has been touched by the dirty hands of god knows who? What about the paper dispenser? Now, how do you get out of the bathroom? Do you dare pull the handle, which those who did not wash their hands may have touched as they left? Let’s face it—taking a pee in a public bathroom is a stressful experience.

I have previously written on this subject as it relates to a hospital environment and preventing infections:

We live in a pretty dirty world, but a little prevention can help keep you healthy. For example, a recent study showed that the handles of two thirds of grocery carts are contaminated with fecal material. Also, 70% of the lemon wedges in your drink at a restaurant were found to be contaminated with bacteria—E. coli or fecal bacteria! As a cosmetic patient or plastic surgeon, minimizing the risk of infection is important for recovery.

How bacteria cause infection

Our bodies are teaming with bacteria. There are billions of them in different parts of our bodies—even our left and right hands have different types of bacteria on them. Even though we think of the anus as the dirtiest part of the body, there are actually more types of bacteria in our mouth than in any other body part (our mouths are, in that sense, dirtier than a dogs’ mouths, which have less bacterial load and variety!).

Infection as a disease occurs when either:

Some particularly virulent bacteria, like some strains of E. coli, streptococcus and salmonella, don’t need much of a break in our natural body defenses to enter and cause infection. A small scratch in the skin, some inflammation of the gut. Others, like Clostridium difficile, lurk in the intestines, and if you are on antibiotics and kill off your normal gut flora, the C. diff. goes wild, takes over and makes you sick.

Once the bacteria is inside our bodies, we have a number of defenses:

If you go to the doctor, he or she will give you antibiotics, which are medicines that either:

If you have a viral illness, there is usually not much to do but keep yourself comfortable, hydrated and rested until the disease hopefully runs its course. Only a few viral illnesses, such as herpes and HIV, have medicines available that can slow the rate of replication and keep you somewhat healthy. Some viral illnesses can now be immunized against, such as:

Cleanliness as a way of fighting the risk of infection

All of this is important because to remain healthy, we need to limit our exposure to bacteria and viruses. One of the best ways to do this is to clean our hands and bodies regularly to decrease the amount of bacteria  and viruses on our bodies. We don’t want to take a bath in alcohol every day—that would kill almost all the bacteria and leave us open to attack by the one strain or another that was not killed, like the C. diff. example above. We just need to limit our exposure to pathogens.

Where are pathogens located?

Pathogens are located everywhere. Most commonly, though, bacteria and other pathogens are associated with dirtiness—dirt on our bodies or dirt on the food we eat and water we drink. Purifying water and properly cooking and washing food takes care of many pathogens. Dirt on our bodies should be washed away with soap and water. Alcohol sanitizers will also kill many pathogens on our hands—use them!

In a recent issue of the Wall Street Journal, there was a small article about some studies that have been done on the subject of public bathrooms and the public’s preferences and habits regarding them. I became re-interested  in the question of hand washing a few weeks ago myself.  I was watching the movie Contagion, in which a worldwide killer disease is passed from one person to another through the air (by sneezing and coughing) or from fomites (transmission from one person directly to another by touch or via rough physical objects like door handles and glasses). You soon realize that we are essentially constantly touching each other. Another interesting fact I learned from the movie: we touch our faces between 2000 and 3000 times a day!  And our noses are where most of the pathogens hide. Also, average adults touch up to 30 objects a minute! 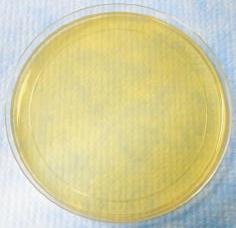 This post, and part 2, were originally written in 2012. How the world has changed. It is now 2020 and we are in the midst of the Covid-19 Sars-2 pandemic. Thousands are dead and more will die. The overwhelming response of our governments around the world has been to tell populations to wash hands, cover their faces with masks, and stay away from each other ( the most difficult thing for a human animal to do). There are shortages of hand santizers and gloves…..

In the next post, I’ll amaze you with some facts about using public restrooms.