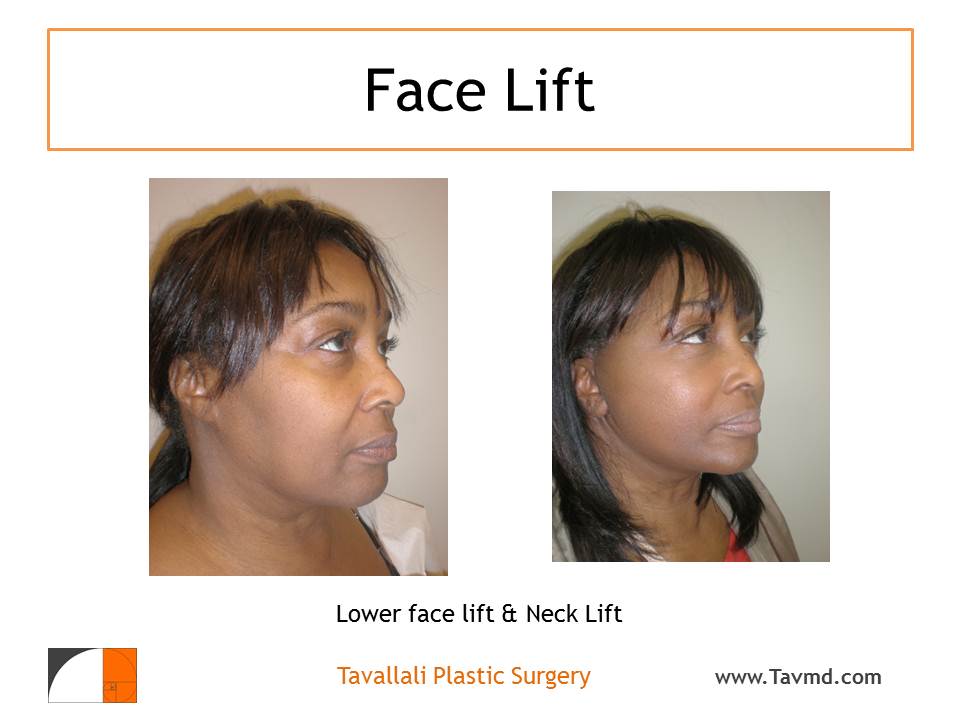 admin November 11, 2010 July 11th, 2020
In 1986, when I was a surgery resident in New York City, I saw a woman with a mini facelift like no other I have seen since (a mini facelift elevates the jowls and neck area). The well-coiffed, elderly lady from Park Avenue didn’t have a scar on her face and swore she had never had cosmetic or plastic surgery. Yet she looked fantastic… from afar. On closer inspection, her whole face was being held up by scotch tape. Tape ran from her jaw to behind her ear, from her neck to her jaw and from her cheeks to her temples. A thick coat of makeup concealed it all. That is a real mini facelift if you have no plastic surgeon! On Park Avenue, though?

In the past five years, a mini facelift surgery has become my preferred method of facial rejuvenation. I perform this a lot more than the full facelift I used to do earlier in my career. A mini lift is advantageous for a number of reasons, including:

It is obvious that if your plastic surgeon performs a smaller surgery, the healing will be faster and less complicated. However, since the main area that most people need to have lifted is the jowl and neck area, a mini facelift that includes only these two areas is all that is needed. The third area of the face that would make the surgery into a full facelift, the cheeks, are not operated in this cosmetic surgery—few patients need their cheeks elevated to begin with.

The mini facelift has scars placed in three areas:

This surgery takes about 2.5 hours to perform, and I usually have my patients lightly sedated with a pain pill and a Valium pill while I perform the surgery under local anesthesia in the office. A friend or spouse picks up the patient and they go home to a reasonably comfy evening with the head up while lying in bed. The next day, I want my patients up and around, even if they still have a drain in their neck to remove extra fluid that accumulates after surgery.

The old rule I tell patients is: you look well enough to be seen by:

This surgery is definitely one to consider in younger patients who may not need a full facelift; and think of all the adhesive tape you will save!