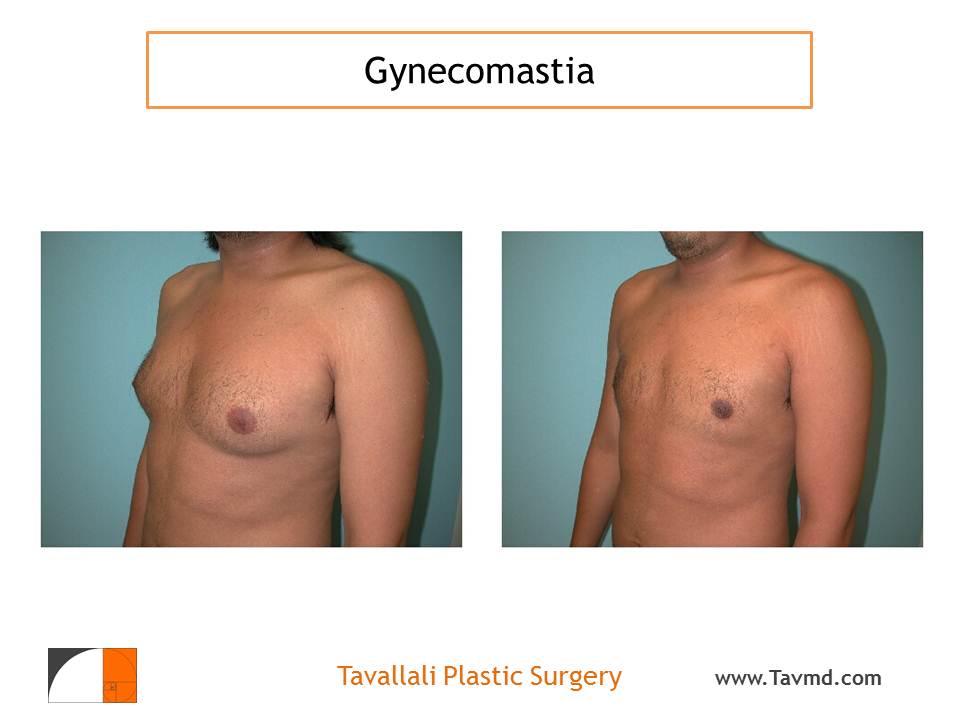 Breasts are one of the prime indicators of a female in our species, hence the large number of breast augmentation surgeries performed the world over for women who are not fully endowed. By the same token, when a man has large breasts, it can lead to embarrassment and a deep-rooted uncomfortableness.

The inability to take one’s shirt off on a hot day or at the beach—swimming in T-shirts—is difficult to deal with. There are ways to get around showing one’s large breasts, but then there is also surgery.

Large breasts in a man is a medical condition called gynecomastia. There is an increase in both the breast tissue and in the fat of the breast to varying degrees in different patients.

The reasons for gynecomastia are numerous and include:

To see photos of this condition and information, follow this link:  Gynecomastia

There are two surgical techniques for removal of male breast tissue. If the etiology is hormonal, the correction of the hormone levels by medicines can be an effective therapy.

Cutting out the excess breast tissue and skin is the original way this condition was treated. An incision was placed from one side of the breast, under the areola and nipple, to the other side, like an upside-down UFO! The resulting scars looked like the patient had been cut in half and condemned them to wearing a T-shirt at all times. The whole point of the surgery was lost! Nevertheless, an incision around the areola to remove extra skin in a patient with a great deal of weight loss is sometimes necessary and useful.

Liposuction of the breast

This is my preferred method for treating gynecomastia. A small cannula, a type of tube, is placed under the skin after the skin has been infiltrated with fluid. The fat is then sucked out and the resulting skin looseness will retract to give a flat appearance to the chest. This technique has been effective in over 95% of cases.

I also use ultrasonic liposuction in my gynecomastia surgery for its ability to melt more of the breast tissue that does not come out with liposuction alone.

The surgeries are all outpatient procedures. I usually allow my patients to bathe in two days and have them wear a compressive garment for at least two weeks.

Exercise can start two weeks after surgery, though the final healing will take two to four months for full skin retraction.

You can take your shirt off at the beach two weeks after surgery. Gynecomastia can be effectively and safely treated with minimum downtime and discomfort—but now what about your tummy?