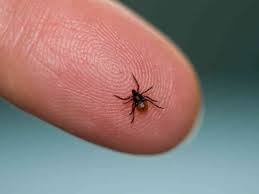 I was not going to write again about Lyme disease or my recovery from facial palsy, but recent news just begs for comment.

I have written about my facial palsy as a result of Lyme disease in the past. Here are some of those posts. 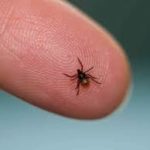 Lyme disease in the news

Since then, the CDC has come out with a new and startling report. The cases of Lyme disease in the US have been seriously underreported. Instead of 30,000 people a year getting Lyme, the number seems to be at least 300,000, and even that is probably an underestimate! Of course, having a larger number of people around the country having a disease decreases the personal sympathy factor, but that’s OK. What is not OK is the huge number of people who are walking about with complaints of fatigue and lack of energy who have been misdiagnosed or not diagnosed at all, let alone treated for Lyme disease.

The greater the awareness, the less chance that patients will develop “chronic” Lyme disease and whatever that may entail.

I was lucky in a sense that the combination of a rash and my facial palsy led to a high degree of suspicion about Lyme disease, which was confirmed by a blood test. Had I not had the facial palsy, I would have thought the fatigue was just due to getting older, the rash just a sunburn or allergy. The paralysis of my face has improved significantly.  At rest, I look like I always did. When I grin, though, there is still a weakness on my right side. I also cannot sneer on the right, nor wink : not two facial expressions I use anyway. My eye’s tearing on the right has stopped but I still cannot force a closure as tightly as before. 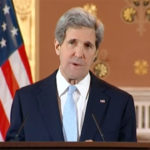 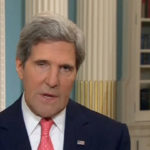 Today I saw a report that showed that Secretary of State John Kerry looks different than usual. Here are his recent photos, and  yes, he sure does look different! The spokesperson said he was very tired and stressed. Some have said he has had Botox and others that he has developed a… Bell’s palsy. I do not think the poor man has time to potter around his garden and get bitten by a tick, so I doubt the cause is Lyme disease, but still, a facial palsy is no fun. Stress is a well known cause of Bell’s palsy. We are learning now that stress can cause and/or uncover many of the immune-system-modulated reactions that lead to disease.

I shall be scouring the internet to see if I can find a video of him, with facial movement or otherwise. The chubby look could also be a reaction to steroids that he may have been placed on to reduce the effects of the Bell’s palsy.

All of you healthy readers: “For there you go by the grace of god…” Take care of yourselves and learn how to de-stress.