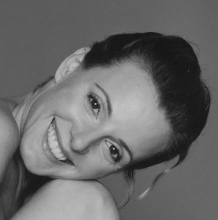 The other night as I was meandering through the TV channels, I came upon a reality show that I could not take my eyes off of. A man and a woman were walking about a house and talking, but I cannot remember about what. It was reality TV, but the woman was unreal! For ten minutes I watched and could only see her lips. They were enormous, two breakfast sausages stuck to her lower face. How could anyone think that this was attractive, and worse, how could anyone do that to a patient?

Recently, fuller lips  and lip injections to plastic surgery patients have become a lot more fashionable, since society has been seeing actresses with larger lips on the big screen. Fuller does not mean larger, though—but that is what some poor patients have been getting. What used to be a small collagen injection that would give a modest increase in fullness 20 years ago has, in the hands of some (frankly anyone with a health-related licence), become a way to stuff several syringes of materials, such as Juvederm, Restalyn, Radiesse or even fat injections, into lips to make them larger. That is the problem. Any plastic surgeon worth anything knows that the idea is not just to make the lips larger but to make them fuller in an artistic and naturally pleasing manner.

The aesthetic units, or functional anatomy, have been studied by artists for years. Any good cosmetic surgeon knows that the upper lip is divided into three aesthetic (cosmetic) units and the lower one into two. In the upper lip, there are regions on either side extending from the corners of the mouth to either side of the central portion that has the cupid’s bow in it. The lower lip has two fusiform segments extending from the corners to the middle.

The correct way to augment this area is to follow the red line where the red part touches the skin around the lip, while being cognizant of the anatomic markers mentioned above. You have to maintain the separations between the areas and be very very careful of injecting straight into the bulk of the lip—that error is what gives you a terrible result.

The materials you use do not matter much, in my experience. I tell the patient to use the cheapest one (Juvederm) for the lips, since they all seem to wash away and disappear in six months anyway.

These days, many physicians and even nurses in med spas at the mall are injecting patients with these types of fillers. It is a pity that most do not have proper training and do not know what they are doing; they are just giving patients a fat lip. Let’s put a stop to that.