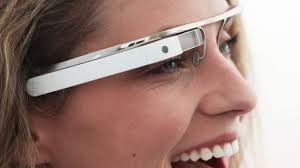 Google Glass the future in surgery

Last week I was at the American society for aesthetic surgery (ASAPS) meeting in San Francisco. The Keynote speaker was the man in charge of Google glass marketing, Ed Sanders, and he proved to be an interesting choice for elucidating the medicine of the future.

Google Glass is essentially an computer hooked up to a pair of glasses. The commands for different actions are given by voice, The glasses have a small screen on the upper right hand side which function as the screen and a camera is also included in the front. You can thus take photos with the glass and store or delete them by voice, surf the web and perform most of the functions that you would do with a normal computer.

The applications of google glass to surgery and to cosmetic plastic surgery in particular are particularly exciting.  Mr. Sanders first gave the example of how he uses google glass in his daily life ( he has access to the glasses which currently sell for $6999 on E bay). He told of how his wife watches a game of soccer that their child is playing with the glasses, and relays that info in realtime to her husband who is often traveling. This does not require the cumbersome hand held devices which arguably can do the same ting now. In fact, Mr. Sanders could be watching the game while having a business meeting!

The very same small incisions that cosmetic surgery patients want slows the surgery. With Google glass, the surgeon can be relaying the information of what he sees and what he is doing to the whole of the operating team. Paraphrasing the words of Mr. Sanders, Goggle glass gives others your point of view- it gives others your perception. Now we can all see the world through other peoples’ eyes.

and what a wonderful dream that was… time to wake up! Google glass was a total failure and was taken off market before anyone had a chance to buy one!!  The dream lives on though…