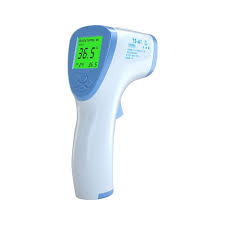 What Fever means after surgery

During the normal 24 hour cycle our bodies go through a normal increase and decrease in body temperature which is not fever. The body typically is 1 degree F . higher in temperature in the afternoon.

The increase in body temperature which we recognize as fever after plastic surgery in the hospital requiring notification of a surgeon is usually temperature above 101.5 degrees F.

Fever has multiple possible causes including;

Simple reasons for fever after cosmetic plastic surgery include

Infection is one of the more serious causes of fever after surgery. Viruses often invade us through the nose or mouth.

Typically bacteria enter the body through an incision in the skin at the time of surgery.  Bacteria then need several days to grow and cause an infection; usually between 3-5 days.

Infection is also accompanied by swelling , redness and pain in the area of skin involved. Fever without one of these signs is usually not due to infection.

Most plastic surgery patients are also taking antibiotics and the risk of infection is further reduced in the first few days after surgery.

General anesthesia can be a cause of fever for two main reasons.

1. Drug allergy to some general anesthetics can cause a severe and immediate increase in temperature to levels that are a threat to life ( Temperature higher than 104 degrees). This reaction typically occurs immediately during general anesthesia administration and the anesthesiologist is trained and prepared to take care of this possibility.

2. Effect of general anesthesia on the lungs is a common cause of post operative fever.  Anesthetic drugs  and the mere fact that patients are ventilated with a machine while having general anesthesia, will cause fever. Both drugs and ventilation will cause secretion of materials from the lungs which cause fever. Deep breathing and coughing after surgery are important to prevent this as a cause of fever.

Though not technically a cause of fever, exercise or activity can make you feel warm  and you may have a temperature that is higher than normal. Come to think of it i don’t know myself what my normal temperature range is.

In these days of Covid 19 ( it’s the year 2020) , fever has become one of the main signs of the infection. All patients entering hospitals and offices, airlines etc have their temperature taken to see if they have fever as a symptom and are barred from entering. By the way, since I first wrote the blog in 2014 things have changed and I hd to change the photo of the thermometer from a mercury one to one with a laser. That is hot progress!