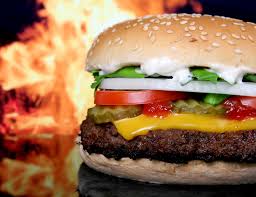 The other day I had a surgery cancelled.

I have written in the past about preoperative instructions, and all patients are told of the eating drinking danger before cosmetic surgery at the surgery set-up appointments, but still some cosmetic patients seem to forget.  See here: https://www.tavmd.com/preparing-for-plastic-surgery-the-day-before/

No solid food after midnight the night before surgery.

Only a cup of water is allowed up to four hours before surgery.

Nothing at all four hours before surgery—no water, no food, no nothing!

I arrived at the usual 7 a.m. at the surgery center. My patient was late, and though she should have been at the cosmetic surgery center at 6 a.m., she got lost and arrived at 7:15 a.m. for a 7:30 surgery. That is going to delay surgery.

When she did finally get changed, the standard preoperative questions regarding health were asked. One question is always, “When was the last time you ate or drank anything?”

The right answer is  “Before midnight last night.”

The wrong answer is “This morning I had a little fruit and water.”

Dangers of food or liquid in the stomach before cosmetic surgery

The reason for the danger in having food or water in your stomach before having a cosmetic surgery procedure under general anesthesia is related to the effects of anesthesia.

We have all felt malfunction of the sphincter at some time. Food and stomach acid go up the tube, and we feel a sensation of “heartburn” or acid reflux.

There are many over-the-counter medications that help with this condition by decreasing stomach acidity, etc., and all work well for daily cases of reflux.

General anesthesia, though, will totally relax the sphincter and allow for easy passage of stomach contents into the esophagus. Also, cosmetic plastic surgery patients usually lie down horizontally, and the risk for stomach contents going up the esophagus toward the mouth is even greater in this position.

A little heartburn would be all that would happen if that was the end of it. But that is unfortunately just the beginning!

With the acidic stomach contents going up toward the mouth, another sphincter that usually closes off our lungs from the throat is approached. This sphincter is also relaxed by anesthesia, and stomach food and liquids mixed with stomach acid enter the lungs.

Hydrochloric acid is one of the most potent acids that exists, and though our stomachs are protected from its effects, no other part of the body is. The acid will start to eat away at lung tissue, and this causes inflammation and then infection.

Acute respiratory distress syndrome (ARDS) is what happens as a result of aspiration of stomach contents into the lungs. The condition can be deadly, with a 70% or so mortality rate, and it requires extended stays in intensive care units of hospitals and a long recovery.

Usually the syndrome is not diagnosed until after surgery when the patient is having difficulty breathing.

Having an empty stomach before having general anesthesia is a vitally important part of your preparation for cosmetic surgery. Not following this simple preoperative instruction can cause death!

Since I wrote this article there are some new changes that have occurred though most surgeons still tell patients to not eat or drink after midnight. It turns out that you can take clear liquids (1 cup) up to 4 hours before surgery and if it has some sugar in it it will actually help with post operative nausea. Problem is patients are too nervous for the most part and drink either too much or eat along with the juice…and get cancelled.