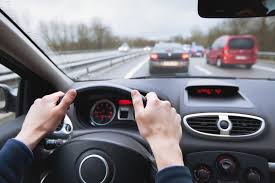 Cosmetic plastic surgery gives me the opportunity to think about different aspects of my non-surgery life through the eyes of a surgeon due to my professional surgical training. Sometimes this has advantages…
My daughter turned 16 a few months ago, and we are in the middle of that all-American period of our lives when she is learning to drive. I have a silly aversion to the many talented and caring driving instructors who nourish young adults in teaching them to tame 250-300 horses under the hood, but I decided to teach her driving myself.

That may seem strange to those of you who know that I have never passed a driving test!

I learned to drive while in England. Every week, there I was, driving around the business parks and dull streets of Slough, which later became a world-famous town as the set for the English version of “The Office.” I failed my test. In fact, at one point, the official giving the test had to reach over and yank the steering wheel away from me to prevent an accident…
The following month, I arrived in the US and applied for a driver’s license. I showed my English learner’s permit as ID. I did pass the “written” test, and they must have assumed I could drive because they gave me a full license without a test. I had my share of fender benders while growing up, but only totaled one car.

I finally learned how to drive properly once I trained as a surgeon. That is what I wanted to talk about: the similarities between driving and cosmetic plastic surgery. Some basic rules apply to both tasks. Here are my ten:

In cosmetic surgery, a plastic surgeon should have a plan before starting. A driver should have looked at a map and gotten an idea of where to go. Situations may change as one moves through, but at least there’s a plan.

In surgery and driving, you need to look ahead. Your brain is performing one task ahead of your hands. You also need to look at traffic two blocks ahead and not just at the car in front of you.

That surgical wisdom was given to me by one of my old professors in New York. In cosmetic surgery, there are times when more care is needed than in other more routine movements. Likewise, you can go faster on a straight road and slower on a curve.

If you are not sure of who is going to take the priority at a stop sign, stop! Likewise, in plastic surgery, if you lose your way, stop and re-think your approach.

Performing plastic surgery on an empty stomach is as silly as driving on an empty tank. You will stop too soon.

Obviously you need a car that works, and having A/C and heating can only help. In plastic surgery, specialized equipment like liposuction may be necessary, without which you cannot perform cosmetic surgery.

A good plastic surgeon, as well as a good driver, will keep a constant and steady rhythm. Some may go slower and some faster, but at no time should a plastic surgeon or driver speed just to get to the end.

Rash, unexpected or jittery movements may harm the patient or your assistant and must be avoided. Likewise, the driver should not turn the wheel in a jerky manner or change lanes in such a way.

No matter how involved you get with the task of surgery or driving, you still have to remember to give way to humans/pedestrians. The plastic surgeon should never forget that it is a patient he or she is operating on and not just a belly or a breast.

That should do it—I now feel a little like Abraham with these commandments.  Next time you drive, think of yourself as a little bit of a surgeon when you follow these rules.
By the way, my daughter is coming along just fine and is an excellent driver.

Time for an update. The rules are steadfast and I still would reccommend them to all of you. What has changed is that the learner is now 24 and still, thank god, has a no-accident driver’s record. See?