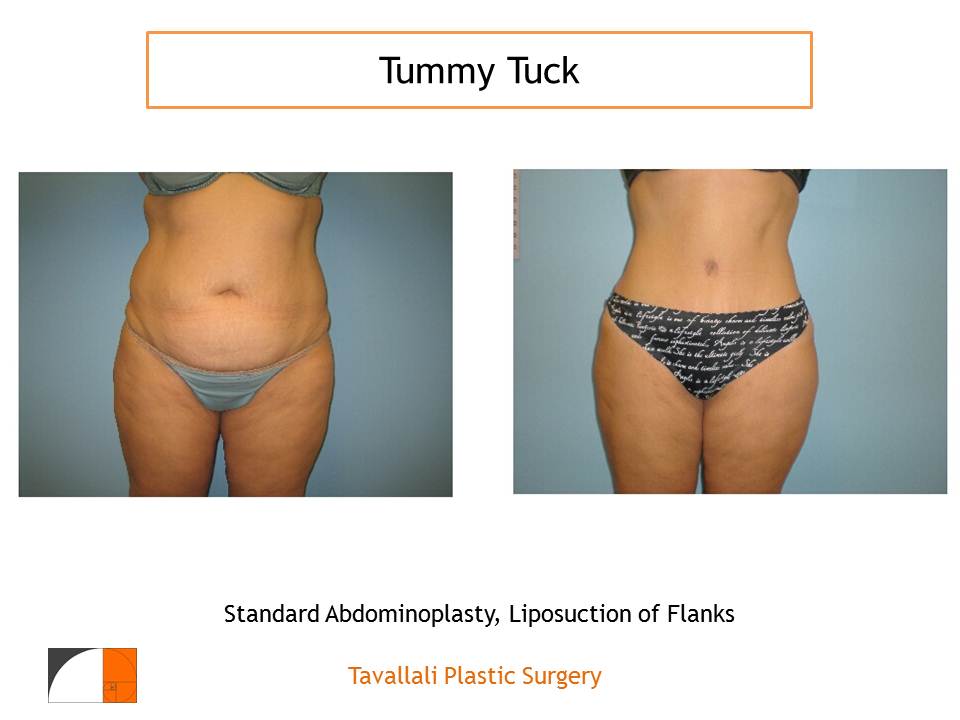 Bulges after abdominoplasty-tummy tuck  or liposuction surgery,  is not unusual for the cosmetic plastic surgery patient . There are multiple reasons for these bulges; some can be improved and others are normal sequel of cosmetic surgery.

Here are some previous posts about tummy tucks:

How is a tummy tuck done? 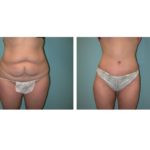 Normal post-operative swelling after abdominoplasty and liposuction may take up to four months to improve. Though the swelling is initially all over the abdomen and hips, as the patient moves around, the swelling will settle down in the area just above the tummy tuck scar of the pubis and cause a bulge. Lymphatic massage can help remove the swelling bulge.

The way the cosmetic plastic surgeon closes the scar of the abdomen will also lead to temporary bulges of the skin.

For a tummy tuck, the incision over the pubis is usually smaller than the incision of the upper part of the abdominal skin that is removed. The relative excess of skin in the upper parts of the abdomen means that the skin needs to be folded into the lower incision of the abdomen, causing small bulges of skin. If a longer incision is made in the pubic area, the bulges can be eliminated at the time of surgery, but at the expense of a longer abdominal scar. However, with a little patience, the bulges will flatten out and a straight scar can be achieved without making it longer.

Patients who have tummy tucks and abdominoplasty by definition have a weakness of the abdominal wall muscles. This is what causes the roundness of the shape of the abdomen. With tummy tuck surgery, the muscles are tightened to give a flat abdominal contour. In some patients, the muscles themselves may be very thin and not strong enough to hold the abdominal contents, leading to hernias. These hernias require a specific and separate procedure for closure. Sometimes it can be performed at the same time as an abdominoplasty, but at times it may only become apparent after abdominoplasty and liposuction remove the fat covering the belly.

Some surgeons, such as myself, routinely perform liposuction at the same time as abdominoplasty surgery to get more contoured results. Other cosmetic plastic surgeons do not perform any liposuction with abdominoplasty, and still others perform it as a second procedure 6 to 12 months after the tummy tuck surgery.

With any liposuction it is possible to leave a little extra fat on one side or the other that may require a touch up later. The reasons for this are that patients have different amounts of fat on either side of the body and the tumescent solution injected for the liposuction swells the area up and makes it difficult for plastic surgeons to achieve a symmetrical result.

The causes for bulges after abdominoplasty and liposuction are many but can be identified and corrected with a little patience.