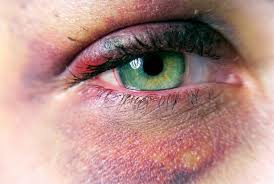 Bruising and Bleeding After Plastic Surgery

I sometimes forget that as a forum for providing plastic surgery information I should discuss the basic issues and questions that cosmetic patients have before and after surgery. Here I am going to talk about the differences and similarities between normal bruising and bleeding after plastic surgery and hematomas—abnormal bleeding—after surgery.

Bruising after plastic surgery is normal

All surgery will result in blood vessels in the skin being cut and  a small amount of bleeding. Of course, deeper structures may also have to be cut, and they will also produce their own bleeding. The bleeding typically stops or is stopped at the time of surgery. Bruising is due to the blood left over.

Blood that is outside of the blood vessels will start to undergo a process of coagulation, where the liquid blood transforms into a clot, which is a jelly-like accumulation.

Under the skin the clot remains in this “jelly-like” form for up to 10 days while it slowly transforms back into:

Normal bleeding under the skin is usually not apparent for a few days unless the skin is very thin, like it is around the eyes. The bruise typically develops over 2-3 days and rises up to the surface of the skin before disappearing.

One of the main jobs of a cosmetic plastic surgeon is to minimize bleeding by tying off blood vessels with sutures or cauterizing blood vessels with electricity. Despite these efforts, a basic principle of surgery, abnormal bleeding can and does occur; this is called a hematoma.

Hematoma occurs when there is a large amount of bleeding under the skin or in the body after surgery or due to some other trauma. Hematomas can also occur within body cavities like the abdomen, lungs, muscles, brain, etc. The bleeding typically continues after the surgery and does not stop. If the hematoma is under the skin it initially looks like a large bruise and can be easily diagnosed. If the hematoma occurs deeper in the body, such as under the chest muscle after a breast augmentation, it may be difficult to diagnose without a CT scan.

In cases of hematoma, the normal process of removing blood that occurs with normal bleeding and bruising is overwhelmed. There is just too much blood for the body to handle, and the larger amount of bleeding causes:

This can lead to death!

When a large hematoma occurs, it usually cannot be left alone to be reabsorbed by the body and requires a second surgery to  remove blood and stop the source of  bleeding if it is continuing.

Signs of bruising or hematoma