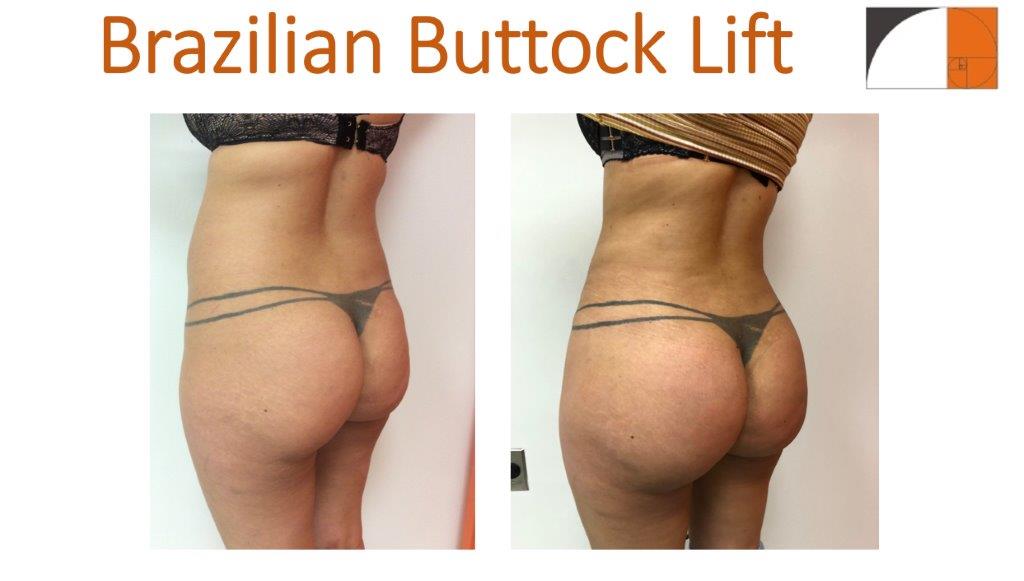 The world is the sort of place where those who have one thing are clamoring for another thing they don’t have. If you have curly hair, you want it straightened; and your hair is straight, you curl it. If your buttocks are small, you want buttock enlargement; if they are big you want them… bigger? Well, yes, in some cases.

The size of bums is determined more by their shape than their actual volume. Buttocks look big if they are long and wide, long in terms of length from the upper hip to the lower end of  buttocks and wide in terms of distance from the central bum crease to the outermost parts of the hips or saddle bags. In one of my cosmetic plastic surgery patient’s before photos below, notice how much distance there is between the back crease and the lower part of the buttocks. In the after photo, this distance appears shorter. By the way, that is her result a week after a natural buttocks enlargement via a belly fat transfer!

What patients want for their buttocks

Most patients want to have buttocks that are shapely, round or full. Sometimes that is confused with size/volume. Buttocks enlargement means different things.

Round, full bottoms offset by a small narrow waist will look bigger; sometimes even liposuction of the waist will give the impression that bottoms have been made larger. For men who want larger or fuller buttocks, waists cannot be narrowed as much as for women.

Some patients have a paucity of fat in the lateral (outside) part of  their bum.  These patients need fat to be filled in those areas in order to get a rounder bum.

How to do buttocks enlargement

In previous posts, I have discussed larger buttocks with silicone implants or with a Brazilian buttocks enlargement technique.

My preference is for a Brazilian buttock enlargement or natural buttock enlargement, in which fat is suctioned from other areas of the body such as the belly/abdomen. Next, a fat transfer and injection into the buttocks is performed. This procedure is gaining in popularity. I have taught several of my cosmetic plastic surgeon colleagues how to perform this surgery. There are a number of companies that sell cosmetic plastic surgeons different materials to allow for easier or quicker harvesting of  fat, but I find that these don’t really help. Liposuction with fat transfer under the buttocks’ skin and muscle in multiple lines gives the best results.

How long does fat injection into the buttocks last?

When I first started performing this cosmetic procedure years ago, I would tell my patients what I had been told to say by the plastic surgery authorities at the time: “We don’t know, but it should last at least two years.”  I now know that I still don’t know, but results can sometimes last for almost a lifetime; they might disappear when you are getting on a bit.

With more and more cosmetic plastic surgeons performing surgery to enlarge buttocks, results are becoming better and more predictable. So, whether you are a man or a woman, a nice round big bum is hopefully within your reach…