Americans may be guilty of gluttony

Even though this is a blog about cosmetic plastic surgery, I still feel that giving general health-related information is an important part of caring for my plastic surgery patients. Here are some posts about weight reduction:

We are all well aware of the problem of Americans and their increased weight. There is an epidemic of being overweight in this country, and though the rates for obesity have recently decreased in children after rising for many years, the rest of us remain… fat.

I was cleaning out my drawers the other day and came across some notes I had made from someplace regarding the sin of gluttony. Gluttony is one of the seven deadly sins in the Christian religion, but frankly the sins seem to cover most bad behavior by humans of any place and any religion and seem to have more to do with our morals as humans than with religion.

The seven “deadly sins” or “cardinal sins” were associated by Peter Binsfeld in 1589  with a particular “demon” who tempted the unsuspecting person to commit the vice. 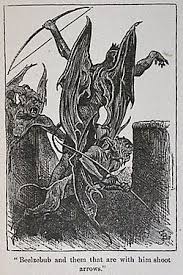 Thomas Aquinas, an early Christian philosopher, took the idea of gluttony a bit further than most of us conceive of it.  He actually divided gluttony into five different sections! 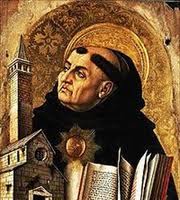 Not giving yourself a schedule for eating. Giving way to eating as a psychological crutch to make yourself feel good. The midnight bowl of cereal I would eat in my forties falls into this sin category.

Too much caviar, champagne and lobster I presume. But maybe also eating too “richly” as in too much fat or sugar. No cakes or creams should work against Laute.

I suppose this means vacuuming or wolfing the food down. Pacing yourself during a meal will allow your brain to catch up with your senses and you will actually eat less. It takes 20 minutes for the sensation of fullness to reach the brain from your stomach. Pace yourself.

Eating until you are bursting is obviously not a good idea, though we have all committed Nimi at some point in our lives. We should do less of it. Portion control is a key to healthy weight maintenance.

Frankly I see no harm in this sin as it sounds like good manners and fun. Aquinas may have been a bit of a ruffian. If it means being “picky” with your food, that is not good, as a healthy balanced diet does not leave too much room for being “dainty” in that sense. Also, if it means processed food (elaborately prepared), that is no good either!

Theologians elaborated that it is the eating of food for a sensation of pleasure that is the real vice and not so much the amount, type or preparation. Thus, you can commit a sin even just by eating bread and cheese if you enjoy it too much.

This is an important concept, since many diets are based on decreasing your psychological dependency and sense of pleasure in food, allowing you to eat less in that manner.

Following Thomas Aquinas’ diet tips may actually help Americans rid themselves of this vice, which leads to our national obesity problem.

Who could have known that the solution to a 21st-century condition was to be found among the sins and demons of the 13th century? Did you notice that if you look at the first letters of his five causes of gluttony they, spell out PLANS? That is what we all need at the table: PLANS for eating correctly.