The Politics of Good Looks

Too ugly for politics?

Good looks and power in history

I was just reading an article about the troubles of the British Labour party leader, Ed Miliband.

It appears that even though British Prime Minister David Cameron is rather unpopular, Mr. Miliband has failed to profit from his adversary’s weakness because he is… too ugly!

In this world, political power has, at least in historical terms, been wielded by men and women who had many particular attributes, such as courage, cunning, ruthlessness, jealousy, etc. Good looks seem to be a relatively new requirement for climbing to the top of politics. That’s not to say that a pleasing aesthetic countenance has not benefited some past leaders. Busts of Alexander the Great show a good-looking fella; Caesar looked OK for a middle-aged man; Jefferson had a certain boyish charm; and even the dictator Stalin was handsome in a gruff manner. Most world leaders have actually been rather ugly, and that’s a much easier and longer list to compile. George Washington, the English kings, the Spanish kings with their Hapsburg jaws—none were very pleasant to look at.

The adjective “beautiful” seems to be reserved for the fairer sex. Few queens in history have been described or portrayed as ugly. Powerful men always seem to have attracted the fairer of the fairer sex without much difficulty. Elizabeth I was probably not as beautiful as some, given the obsequious descriptions of her written during her lifetime. Too much flattery is suspicious, and descriptions such as “virgin queen” seem to be grasping at any semblance of a “valuable” physical trait when no others exist!

The newly established importance of good looks in the political realm is undoubtedly due to increased accessibility of images. Until the 20th century, photographs or artistic interpretations of world leaders were not available to the ruled masses. Before that, few people would actually have seen the monarch or the president other than in a crude drawing or on the back of a coin. Looks did not really matter for power. In today’s world, where everyone has a photo of themselves on the internet, how you look does matter. People look at photos of leaders and, like it or not, make judgments about their capabilities. Many studies have shown that those who are more beautiful and handsome earn more money and have greater chances for career advancement. Being overweight has been shown to lead to lower lifetime economic gain (if you are fat, you will make less money).

Mr. Miliband has been deemed “ugly” by the British press. Whether his unpopularity is due to his bad looks or his bad looks led to his lack of success as a political leader will be determined in due course. It turns out that Mr. Miliband underwent surgery for “correction of septal deviation to correct snoring” last year; any plastic surgeon knows this is code for a cosmetic rhinoplasty or nose job along with straightening the tip of the nose when you don’t want to say so. He may have had the snoring corrected, but a septal deviation surgery is really to improve difficulty in breathing. Surgery to correct snoring is performed by tightening the pharynx muscles or throat areas. Here are his before and after photos; you decide for yourselves. 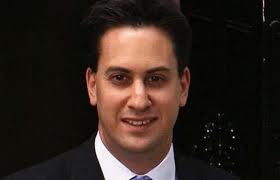 A crooked or deviated nose is subconsciously associated with a “crooked” or unsavory character. Just look at Lorenzo de Medici and his crooked nose; he was a very naughty man. 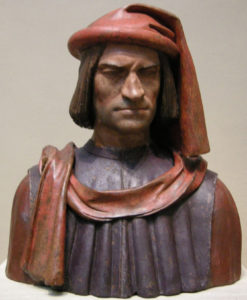 Throughout history and in common depictions, for better or worse, an individual with a straight nose is assumed to be upstanding and honest though perhaps weak, one with a small bump on the top of the nose aristocratic (aquiline noses) and those with a larger hump—evil! Caricatures and modern cartoons continue to promulgate this idea.

The office of Mr. Miliband has ignored a general belief that surgery was performed not only to improve the man’s looks but also to improve his voice. The nasal voice he had in the past was apparently associated with a person who was overly wimpy and needy. Post-surgery, the voice has become richer and fuller.

Here are some examples of his voice before and after the nose surgery.

It appears that forces are at work to make the Labour Party leader more palatable to the British public both in form and in function. Cosmetic plastic surgery is playing an important part in the transformation of a politician from a crooked-nosed, nasal-voiced weakling to a robust, straight-talking, tough fellow preparing to vie for the leadership of a country. That is the politics of good looks at work.